Denver brings nearly 25 years of experience to The Peacock Group (TPG), the award-winning strategic communications firm he founded in 2014. As principal, he helps oversee every project and account, offering strategic guidance and support on public relations and public affairs projects, events and initiatives. He previously served as senior vice president and on the board of directors for CJRW, then the Mid-South’s largest independent full-service agency. Prior to this, Denver provided political, communications and logistical support for The Prince of Wales Foundation, Clinton Foundation and a number of other clients. He served on two presidential campaigns and worked as a media trip coordinator in the Clinton White House.

He earned his undergraduate degree from Ouachita Baptist University and his law degree from the University of Arkansas School of Law, where he served on law review. He is an accredited member of the Public Relations Society of America (PRSA) and International Association of Business Communicators. He serves as an advisory board member for UAMS College of Public Health and Arkansas’ Independent Colleges & Universities; assembly delegate for Arkansas PRSA; chairman of the Little Rock Sister Cities Commission; and president-elect nominee for the Rotary Club of Little Rock. He is the 2020 recipient of Arkansas PRSA’s Crystal Award, an internal award presented to chapter members who have made significant and continuous contributions to the field of public relations over the course of their careers.

He is a graduate of Leadership Arkansas (Class V), Leadership Greater Little Rock (Class XX) and Delta Leadership Institute Executive Academy (Class 2017-2018) and member of the Delta Leadership Network. He is the co-founder of Hoops for Kids’ Sake, the annual bipartisan legislative charity basketball game between the Arkansas House and Senate. Originally from McCrory, he is married to Melissa Bragg Peacock and has two children, Presley and Hudson. 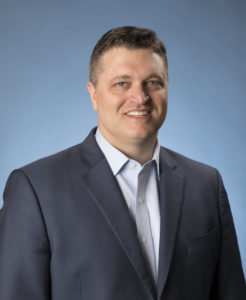