An experienced hand at media strategy, politics, public relations, public policy, and crisis communications, Felicia will professionally guide your company, organization, agency, or issue. After an award-winning, on-air broadcast journalism career, Felicia spent a decade in Washington, D.C.—first as Communications Director for U.S. Senator Susan Collins. As such, she oversaw all communications for the Senator’s Washington, D.C. and state offices, as well as for the Permanent Subcommittee on Investigations during the Senator’s Chairmanship, and for the then-Governmental Affairs Committee, during the Senator’s tenure as Ranking Member. Following her Senate service, Felicia moved to the Executive Branch as Communications Director for the National Endowment for the Arts under then-Chairman Dana Gioia. While there, she oversaw award winning, multi-million dollar national initiatives such as Operation Homecoming: Writing the Wartime Experience; Poetry Out Loud; and Shakespeare in American Communities. Felicia’s experience ranges from senior positions on multiple political campaigns to working closely with international corporations and foundations to advising small companies and individual executives. In 2009, she founded the PR firm, Knight Vision International, LLC. In 2014, she merged her firm with Canney Communications, operated by Crystal Canney, to form The Knight Canney Group. 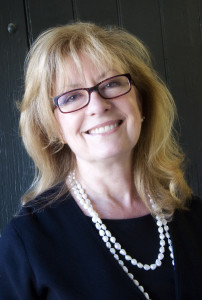