Jeffrey A. Davis, APR has more than 25 years of experience in positioning and reputation management, particularly in media relations, media training, crisis communications and social media.

He is founder of J. Davis Public Relations, LLC, a PR consultancy based in Baltimore, Maryland and is a frequent speaker on social media, PR measurement and crisis communications.

A winner of three Silver Anvil awards from the Public Relations Society of America, Davis serves as Baltimore regional editor for the Capitol Communicator and is co-founder of Podcast Village where he co-hosts the “Practically Social” podcast with co-host Charlie Birney offering weekly commentary about the intersection of PR, social media and podcasting.

Davis is an early adopter and recognized expert in social media, particularly how organizations can successfully integrate social media with traditional communications programs. In 2008, the Washington Business Journal wrote about his use of a then-new platform — Twitter — for public relations. He continues to be a speaker and workshop presenter nationally on the topic of social media.

Prior to entering public relations, he served as a reporter for daily newspapers in Ohio, New Jersey and at the Capital-Gazette in Annapolis, where a gunman murdered five journalists in 2018.

A member of the National Press Club and the Counselor’s Academy, he holds the APR accreditation from PRSA, was 2015 president of Maryland PRSA (he also served as president in 1998 and 1999), and serves as a senior judge for the national Silver Anvil Awards program. He holds a bachelor of arts degree in journalism from Ohio Wesleyan University. 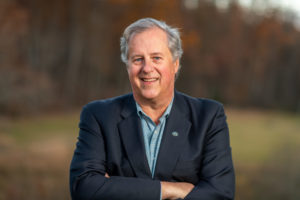